For the Love of Purple
Purple Product Reviews 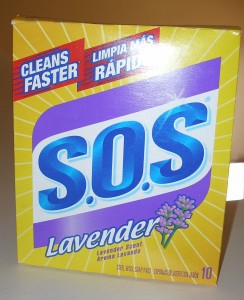 For the past four years I’ve had problems with my glasses, most of which are purple of course!  At first I thought it was the hard water, but my mom has a water softener and she had the same issues.

Then I thought it was because they took all the phosphates out of all the dish detergents so I purchased some phospates and have been adding them to my dish cycle ever since.  Unfortunately, I still have cloudy glasses no matter how much I scrubbed them with the scrubby sponge.

I’ve already replaced all my glassware twice and was about to do it a third time when I had a bright idea. They were so disgusting looking.  Nothing could be worse, right?  So I took my lavender scented SOS pad and scraped them to within an inch of their little purple lives. If I scrateched them all up, so be it. At least I would have tried.

Know what happened?  They got clean!  They didn’t scratch and they actually sparkle.  Two purple thumbs waaaaay up for Lavender scented SOS pads! 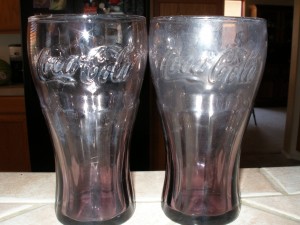